Day 01 - Delhi - Agra - Jaipur (D)
Pickup From Delhi Morning 6 Am Straight Drive To Agra (approx 4 hours), Uppon Arrive Agra Visit Taj Mahal - The construction of this marble masterpiece is credited to the Mughal emperor Shah Jahan who erected this mausoleum in the memory of his beloved wife, Arjumand Bano Begum, popularly known as Mumtaz Mahal, who died in AH 1040 (AD 1630). Her last wish to her husband was "to build a tomb in her memory such as the world had never seen before". Thus emperor Shah Jahan set about building this fairytale like marvel and Agra Red Fort - Agra Fort built by Akbar in Red Sandstone when he was through with the consolidation of his power after accession to power in 1654, Agra Fort worked both as a military strategic point as well as the royal residence. After sightseeing of Agra proceed to Jaipur (approx 4 hours ). Uppon Arrive in Jaipur Check-in Hotel. Overnight Stay at Jaipur Hotel.
Day 02 / Jaipur Sightseeing and Delhi Departure (B)
After your breakfast at the hotel, Check-out Hotel and proceed for the excursion to Amber Fort, here you will enjoy the Elephant Ride (optional) to reach atop of the palace. This journey on embellished elephants is bound to enrich your memories with the Royal lifestyle of the Maharajas and leave you with a truly unforgettable experience. and Maharaja's City Palace, the former Royal residence, part of it converted into a museum. A small portion is still used by the Royal family of Jaipur. One of the major attractions in the museum is the portion known as Armory Museum, housing an impressive array of weaponry-pistols, blunderbusses, flintlocks, swords, rifles and daggers. Later visit the Hawa Mahal have a brief photography - the Palace of Winds. Later Afternoon 4 Pm Drive To Delhi, Uppon Arrive in Delhi Transfer To Airport / Rly Station For Your Onward Journey. 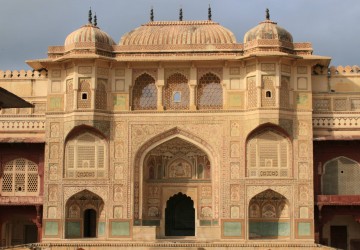 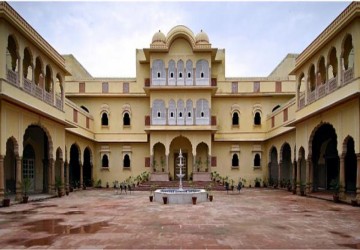 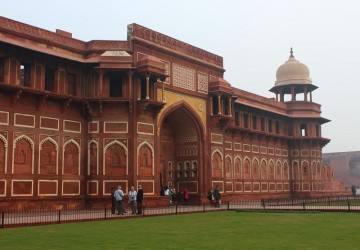