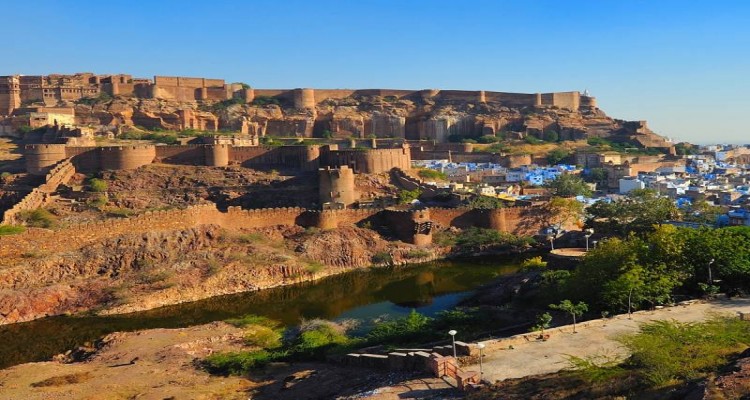 A day at Mehrangarh Fort, Jodhpur

The second largest city after Jaipur in the royal state of Rajasthan, Jodhpur is also called the Blue City. The name is apt as most of its architecture is awash in the colour blue. Jodhpur stands out for its vast number of historical sights that make up its cityscape and is perhaps one of the chief reasons for visiting here.
If you want to visit Rajasthan, your trip can never be complete without a visit to Jodhpur and all its fascinating monuments, such as the Mehrangarh Fort.
History: Jodhpur’s Mehrangarh or Mehran Fort is one of India’s largest. Rao Jodha built it in about 1459. It is known for being rock solid with very thick walls, intricate carvings and large courtyards. It is connected to the city by a winding road.
Location: One of its chief historical landmarks is the magnificent Mehrangarh Fort, set against the backdrop of a rocky ridge. Outside this area marks the beginning of the new city.

Main features: The Mehrangarh Fort is a good 125 feet tall. It stands on a perpendicular cliff, about 400 feet above the city skyline. It is built in red sandstone and is so imposing and impregnable that Rudyard Kipling described it as “the work of giants.” Today, it is known to be one of the best cared for forts in India.
The fort’s battlements are about 6m-36m high. The building materials were carved out of the rock on which the fort stands, so it’s not surprising that the fort blends with its base. The fort’s main entrance is to the north-east and is called Jai Pol.
There are seven gates at different points of the fort, to commemorate the king’s victory over the Bikaner and Jaipur armies. These gates are: Victory Gate, Fateh Gate, Gopal Gate, Bhairon Gate, DedhKamgra Gate, Marti Gate and finally Loha Gate.
Museum: The museum here is extremely impressive and displays elephants’ howdahs, palanquins used by the nobility, a gallery that displays all kinds of treasures and arts, apart from the remains of Emperor Akbar.

There’s also a section that displays the armoury dating back to all periods of rule in Jodhpur. The Paintings are also on display here. Lastly, there is a turban gallery of the different types of turbans communities in this region wore.

Garden of the Rajputs: Another part of this magnificent site that’s worth exploring is the Chokelao Bagh, an 18th century garden of the Rajputs.
To see the Mehrangarh Fort in all its beauty, it is worthwhile to spend a day here. It will certainly put you in touch with an interesting slice of history. 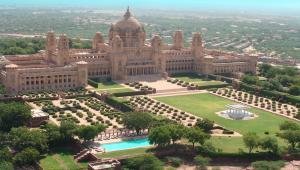 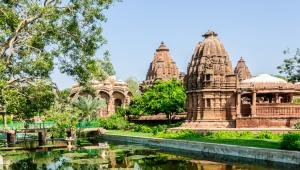