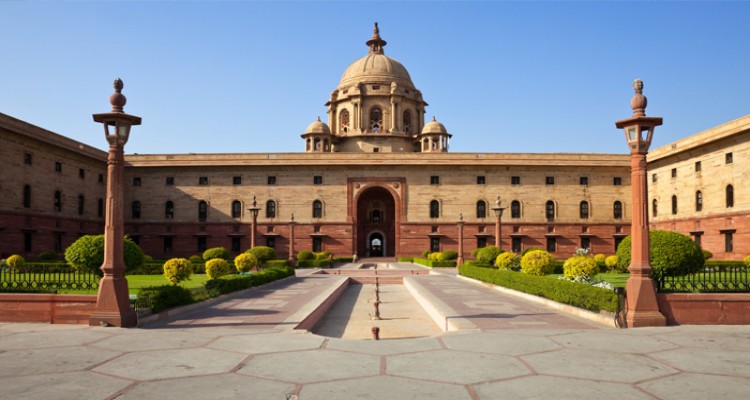 There are also water characteristics through the palace, such as close the stairs of the Viceroy, which has eight statues of marble lions spilling water into six reservoirs. These lions symbolized Great Britain's heraldry. In one space to the sky there is also an open space, which allows much of the natural light. The architectural wonder is a combination of Mughal and Western styles. The columns at the front door sculpted bells into them and they were intended by Lutyens with the concept that the British rule would never come to an end since the bells could not create sounds. Rashtrapati Bhawan is Lutyens New Delhi's highlight and was finished in 1929 at a price of 12.53,000. Long 17 years to take shape, so there are thousands of difficult job engaged in building this beautiful historic palatial house. A British architecture constructed the mansion.

In February, when the flowers are in complete bloom, Rashtrapati Bhavan has an amazing garden called the Mughal Gardens, accessible to the public for a short time.  The building has been built with stone and the unique architecture will save the palace from sunrays, monsoons and other natural disasters. The roof formed by the dome will distinguish the building from the distance. The bhavan's distinctive characteristic is the Chhajjas, Jaalis, and Chhatris. The geometric pattern, floral prints and colorful art made the Bhavan remarkable.