Arrive at Delhi Airport Grand traditional Welcome by Japji Travel India. Representative would assist you at airport transfer to hotel check in. Later in the afternoon we will take you to the half day sightseeing of New Delhi.

Lotus Temple: Lotus temple is prominent attraction of  New Delhi situated atop the Kalkaji Hill. It is also known as "The Lotus Temple" due to its distinctive lotus shaped design in Marble. It was built in 1987 by the followers of Bahai faith. The temple signifies the purity and equality of all religions. (Monday Closed)

Qutub Minar: It is tallest minar in the world built with brics. The Minar is 72.5mts high victory tower, the construction of which began in the final year of twelth century by Qutubuddin Aibak and was later completed by his successor. It has been given UNESCO World Heritage Site status.

Laxmi Narayan Temple: Popularly Known as Birla Mandir, it's a large Hindu Temple built by the renowned Birla family in 1938. People of all faiths can worship at this temple. It is inaugurated by Mahatma Gandhi.

Evening return back to hotel. Overnight stay at Hotel.

After breakfast checkout from the hotel and proceed for half day sightseeing of Old Delhi. Today’s sightseeing place includes. Jama Masjid  Red Fort and Chandni Chowk.

Red Fort: It is also known as Lal Quila built by Shahjahan, the builder of Taj Mahal in Agra, The construction lasted from 1639 to 1648. It is listed as UNESCO world heritage site. (Monday Closed)

Rajghat: Raj Ghat is a memorial to Mahatma GandhiThe simple square platform of black marble marks the place where the father of the Nation, Mahatama Gandhi was cremated.Visitor have to remove their shoes.

Humayun's Tomb: Built by Humayun's widow, Queen Haji Begum in the 16th century. It is supposed to be the prototype of the Taj Mahal at Agra.It is built in octagonal shape  and red and white sandstone. 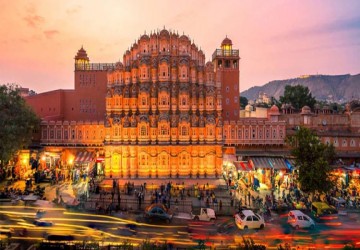 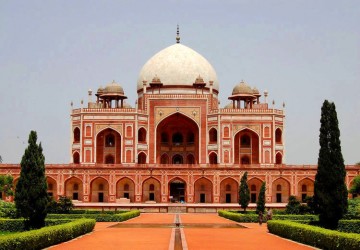 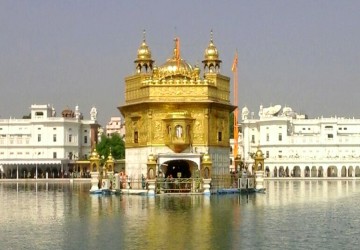